A born flirt and good-time party girl, Emerson has never had a problem finding a willing guy. She’s always chosen her hook-ups carefully, and she’s never broken her three cardinal rules:
Never let them see the real you.
Never fall in love.
Always leave them begging for more.
Then comes Shaw. A hotty from the wrong side of the tracks, he’s immune to her flirtatious banter and come-hither smile. After rescuing her from a disastrous night at a biker bar, he doesn’t even try to take her to bed—he calls her a tease and sends her home instead. Unable to resist a challenge, or forget the sexy dark-eyed bad-boy biker, she vows to bring him to his knees.
But instead of making Shaw beg, she finds herself craving him. For the first time in her life, she’s throwing out her rulebook. Suddenly, she’s the one panting for a guy she can’t control. A guy who won’t settle for anything less than the real Emerson, who forces her to do things she’s never imagined, including facing a past she thought she’d buried.

Lydia Marsh is always the strong one. The girl who never breaks, and sure as hell never cries. She’s got it all – the perfect little life in cosy suburbia, with her perfectly nice boyfriend, and their perfectly sufficient sex life. She’s even got her perfect little career plan all wrapped up at Trial Run Software Group.
But when it all falls apart, and Lydia’s pretty, green eyes are fixed on a brutally sexual stranger – the man they call Masque – she comes to suspect that being strong isn’t all it’s cracked up to be.
For now Lydia wants something she’s never wanted before…
And she wants Masque to give it to her.

Serie In the Line of Duty di Cathryn Fox

The long path to the throne has only just begun for Aelin Galathynius as war looms on the horizon. Loyalties have been broken and bought, friends have been lost and gained, and those who possess magic find themselves at odds with those who don’t.
With her heart sworn to the warrior-prince by her side, and her fealty pledged to the people she is determined to save, Aelin will delve into the depths of her power to protect those she loves. But as monsters emerge from the horrors of the past, and dark forces become poised to claim her world, the only chance for salvation will lie in a desperate quest that may mark the end of everything Aelin holds dear.

Everyone Celaena Sardothien loves has been taken from her. But she’s at last returned to the empire—for vengeance, to rescue her once-glorious kingdom, and to confront the shadows of her past…
She has embraced her identity as Aelin Galathynius, Queen of Terrasen. But before she can reclaim her throne, she must fight.
She will fight for her cousin, a warrior prepared to die for her. She will fight for her friend, a young man trapped in an unspeakable prison. And she will fight for her people, enslaved to a brutal king and awaiting their lost queen’s triumphant return.

The Red by Tiffany Reisz

Mona Lisa St. James made a deathbed promise that she would do anything to save her mother’s art gallery. Unfortunately, not only is The Red painted red, but it’s in the red.
Just as she realizes she has no choice but to sell it, a mysterious man comes in after closing time and makes her an offer: He will save The Red if she agrees to submit to him for the period of one year. The man is handsome, English, and terribly tempting…but surely her mother didn’t mean for Mona to sell herself to a stranger. Then again, she did promise to do anything to save The Red…

The Headmaster by Tiffany Reisz

Nestled in the shadow of the Appalachians is where Gwen Ashby stumbles upon the William Marshall Academy, and she’s given a trial position as a literature teacher. The gothic boarding school seems trapped in time yet it feels like home the moment Gwen arrives.

She’s charmed by the lovely buildings, bewitched by the eager students…and utterly seduced by the headmaster. Edwin Yorke is noble, handsome and infuriatingly proper. But his tweedy exterior and courtly manners conceal a raw sensual power that Gwen longs to unleash.
It’s strangely thrilling to be the only woman on campus—save one other. An eerie white-clad figure roams the grounds by night. She never speaks. She leaves no trace. But this ghostly blight on Gwen’s new dream life is the key to the Marshall Academy’s mysterious allure.

The Wild by K Webster

I brought them to the wilderness because we couldn’t cope with our reality. The plan was to make a new life that didn’t include heartache.
No people. No technology. No interference. Just us. A chance to piece together what was broken.
But the wilderness is untamed and harsh. Brutal and unforgiving. It doesn’t give a damn about your feelings.
Tragedy lives there too. No escaping the truths that won’t let you go.
All you can do is survive where love, no matter how beastly, is the only thing you can truly count on.
Confusing. Wrong. Twisted. Beautiful. Sick.
Love is wild. And we’re going to set it free.

This Is War, Baby by K Webster

My life had a plan. Until he invaded it and stole it all away. My captor took me and I became a pawn. His strategy changed and he sent me away to WAR, because money is everything in this world. In my WAR, though, I found peace. I couldn’t help but find love where I least expected it, with a man who lived a battle every day of his life
…all inside his head.
But then my captor came back for me. Yet, this time, battle lines had been drawn and I was protected.
So we thought. Even though my WAR was raging, my captor would fight to the death.
The good guys always win, right? Not always.
All’s fair in love and WAR, right? Not this time. 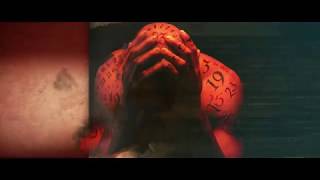